We have created and implemented a Germany-wide community marketing campaign called “Punktet euch den BVB”. The idea: through high-quality sponsorship at Borussia Dortmund and PAYBACK as a partner, a huge football-loving target group was activated throughout Germany. 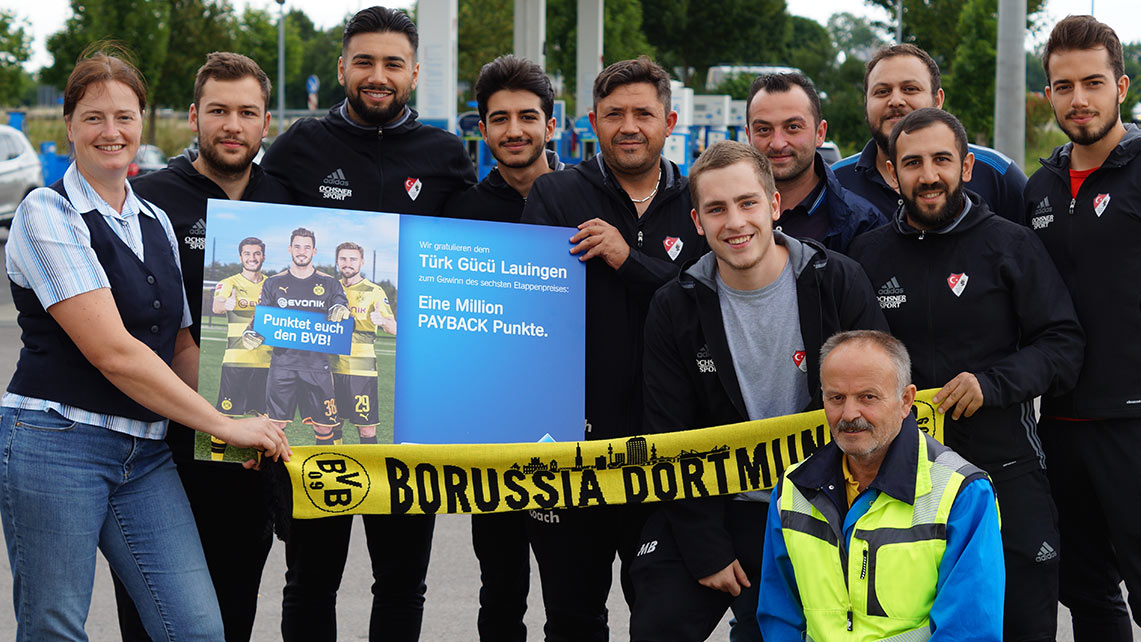 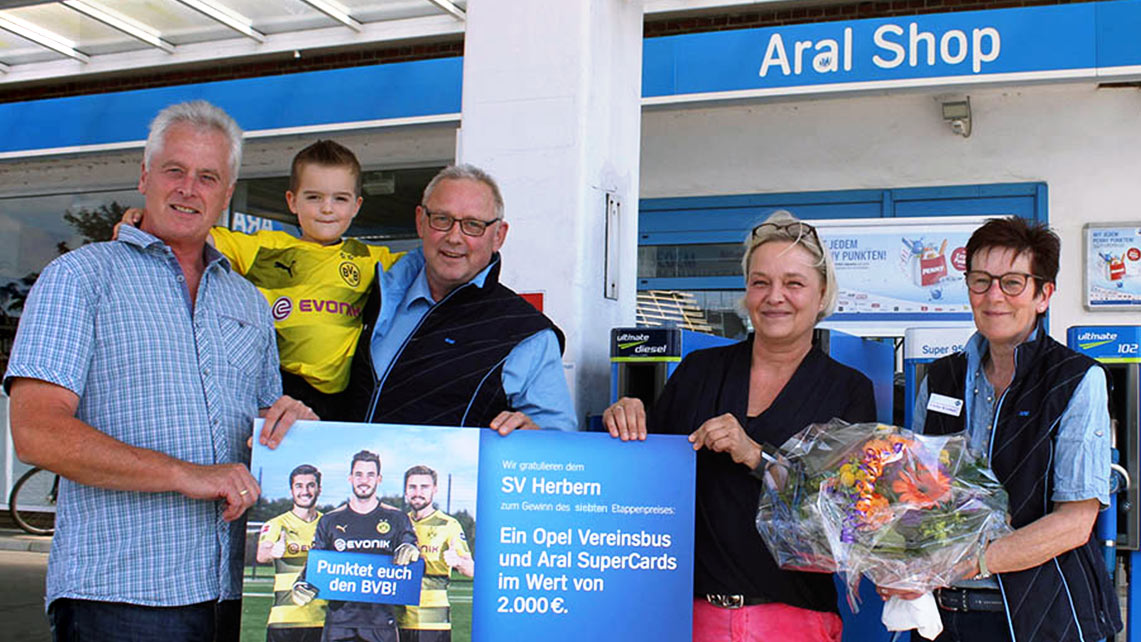 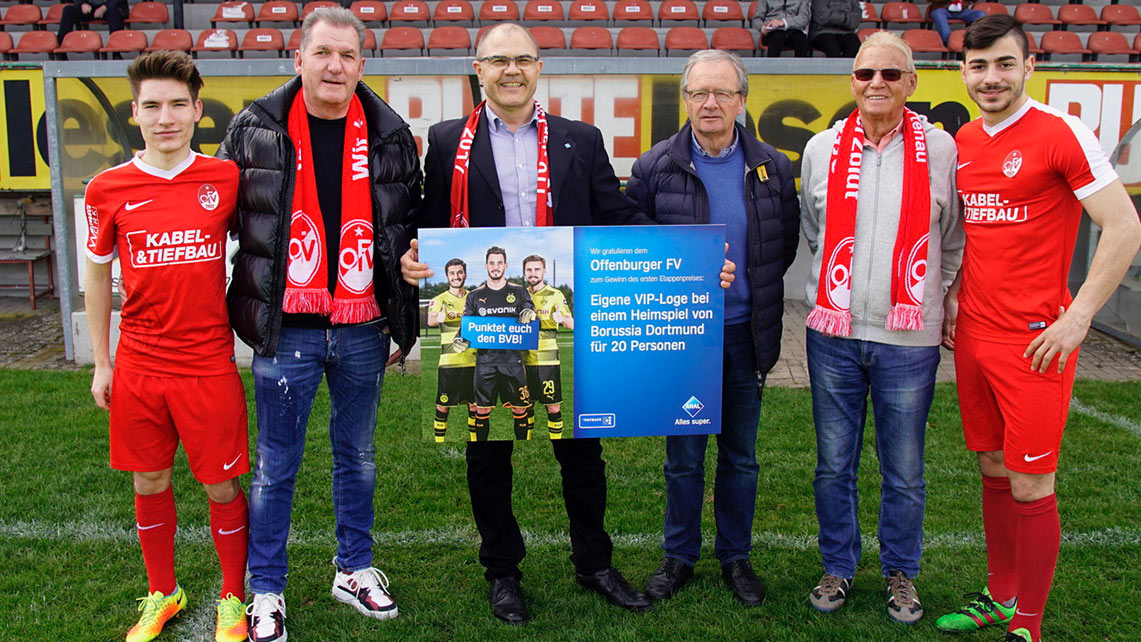 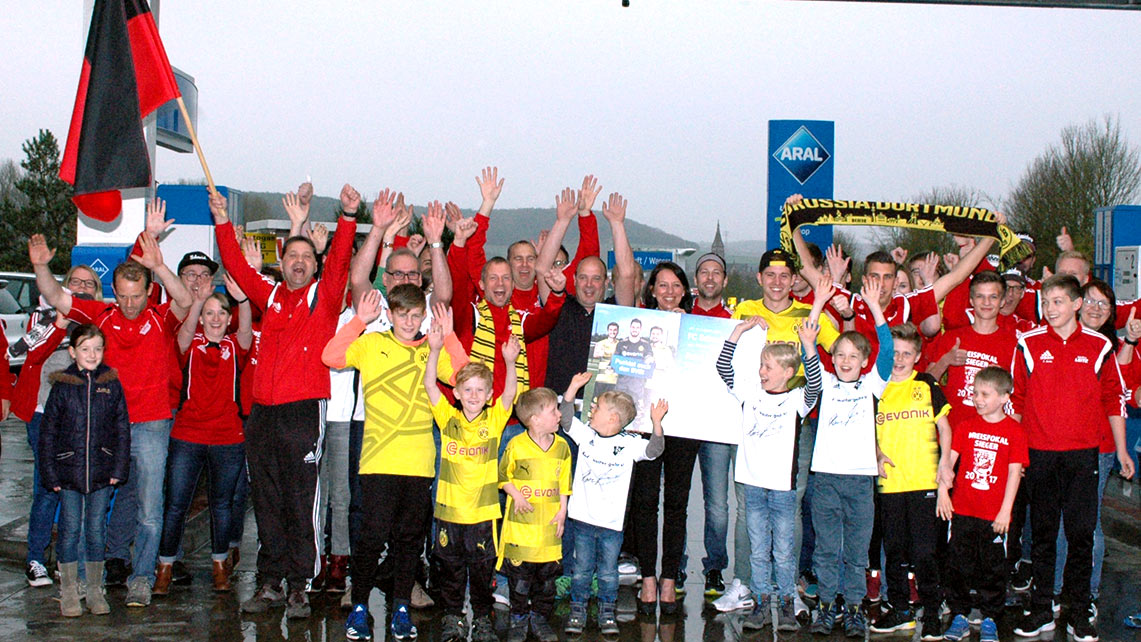 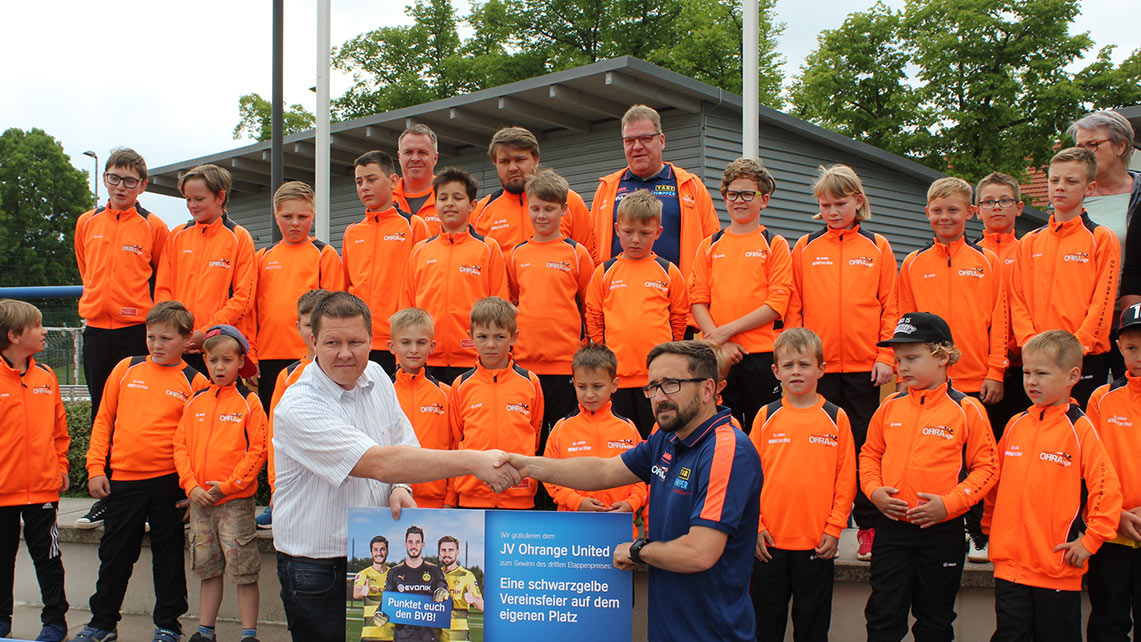 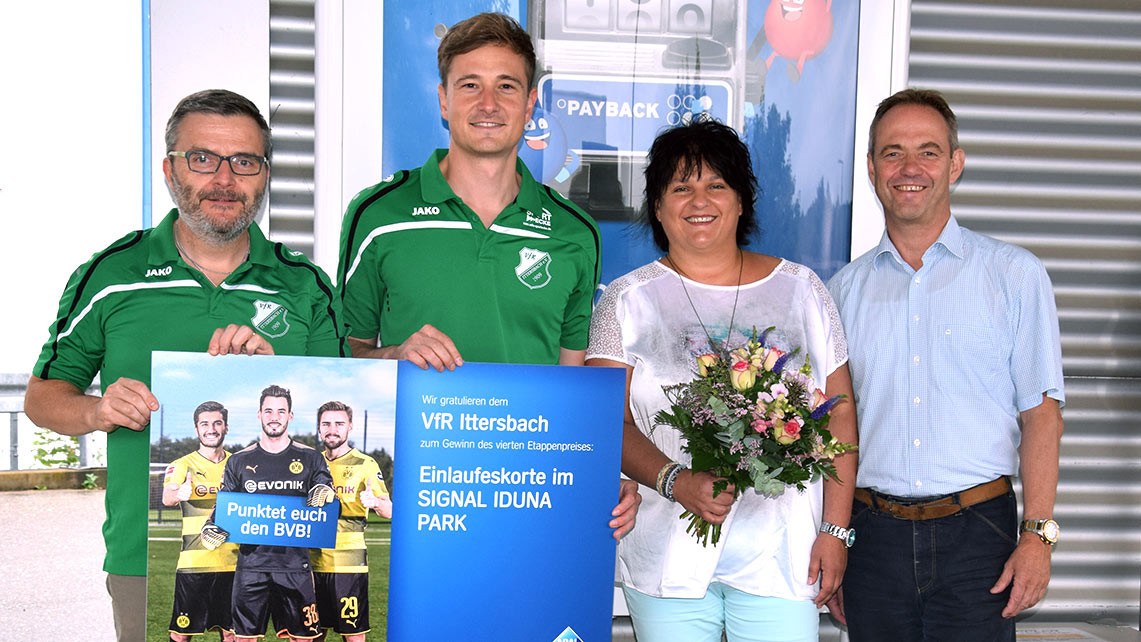 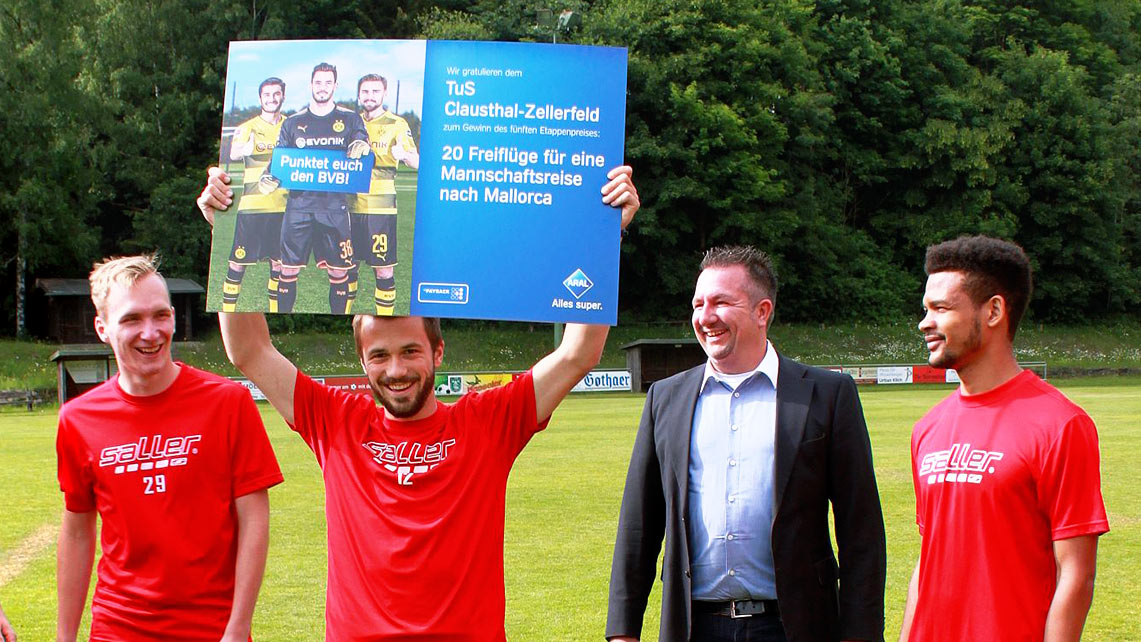 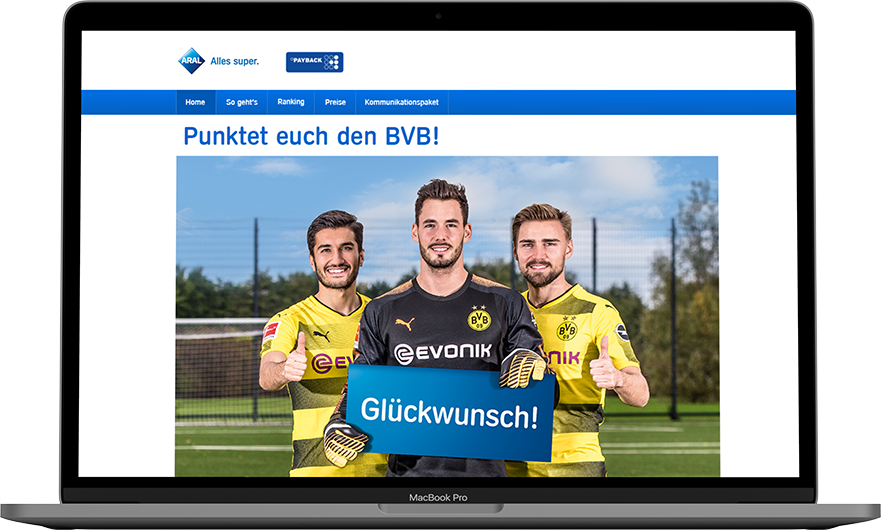 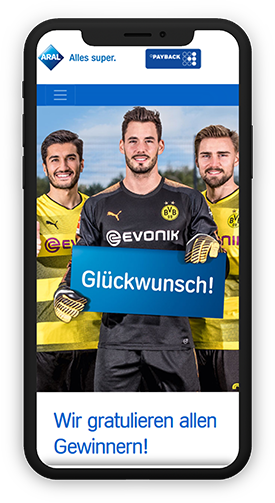 Almost 20,000 amateur clubs in the DFB regional and state associations had the chance to play a friendly match against Borussia Dortmund and win a training session with two BVB legends. Prerequisite: their members and supporters - the campaign multiplicators, so to speak - had to collect the most points at Aral stations with PAYBACK within the campaign period.

Our performance catalogue here: Production of all advertising material and video clips, support for the campaign centre as well as coordination and distribution of prizes. After the campaign: evaluation, report and analysis.